Ayo and welcome to Paris, the city of art.

The beautiful French capital has so many different sides to it with so many interesting sights and historical aspects but one of the things that Paris is most well-known for and that you simply can’t ignore whilst there is that Paris is a wonderful city of art!

Paris has been a centre for the cultured and artistically inclined for many centuries and this has of course left its traces. Part of the reason for this lies with the French monarchs who valued art and culture within the palaces and their courts. The royals often commissioned artists for portraits, landscape paintings and paintings of and for events. The evolution of Parisian and French culture throughout the 16th to 20th century is well captured in the evolution of French art.

The capital of France is home to some of the world’s most famous art museums and some of the most influential pieces of art throughout world and especially European history. Simply walking through Paris one can see and feel the artistic influence this beautiful city has encountered over the years. Areas such as the Montmartre are purely dedicated to the artists of the city and various sights and buildings themselves can be classed as masterpieces.

Among the most well-known museums in Paris are the Louvre Museum, the Centre Pompidou and the Musée d’Orsay.

The Musée du Louvre or Louvre Museum is the French national museum and also the largest art museum in the world housing over 38.000 exhibit pieces including masterpieces such as the Mona Lisa by Leonardo da Vinci, Aphrodite, known as the “Venus de Milo” and The Winged Victory of Samothrace. The Louvre is a big and beautiful building with many halls, smaller rooms and walkways with so many stunning pieces of art making it very easy to get lost. It helps to get a map beforehand or at the beginning of your visit and plan your route based on the art work you would like to see. This way you can make the most of your visit without missing out on the most important pieces.

One of the biggest surprises a lot of people encounter in the Louvre Museum is the fact that the Mona Lisa is only 77cm x 53cm in size which is a lot smaller than people often expect. This doesn’t make da Vinci’s masterpiece any less impressive but puts into perspective how small or large certain paintings are. If you compare it to Eugène Delacroix’s work “Liberty Leading the People” for example which is 2.2m x 3.25m, the Mona Lisa suddenly seems quite tiny.

Two of the most noticeable features of the Louvre besides its generally stunning architecture and content are the Louvre pyramid and the Pyramid inversée (engl. Inverted pyramid) of which one is noticeable above ground and the other can be seen from inside the Carrousel du Louvre, the underground shopping centre. The Pyramid inversée helps visitors navigate towards the museum’s entrance and has found fame in modern pop culture through Dan Brown’s international bestseller “The Da Vinci Code”.

As one would expect, the Musée du Louvre is one of the most popular tourist spots in Paris, so expect large crowds – especially when trying to get a picture with the most famous pieces such as the Mona Lisa and the Venus de Milo. It is certainly Ayo recommended to purchase tickets in advance to avoid having to waste time in long queues on the day of your visit.

Paris – a museum in itself

The museums of Paris may be home to some amazing pieces of art but the city of Paris is a museum of sorts in itself. There are various architectural and sculptural masterpieces spread throughout the whole city. One of the most historically and architecturally significant places in Paris is the Place de la Concorde which is most famous for the Luxor Obelisk and the two fountains, Fontaine des Mers and Fontaine des Fleuves which are located on the square. This is a beautiful place to simply relax and enjoy the atmosphere of the city and even find out some interesting facts about the place where Louis XVI and Marie-Antoinette were guillotined.

Many stunning and interesting places and monuments in France are beautiful to look at and have a deep history. This includes but is not limited to internationally famous sights such as the Arc de Triomphe, the Eiffel Tower or the Notre-Dame cathedral. The bridges in Paris like the Pont Alexandre III are also wonderful pieces of art. A boat tour along the Seine is like a floating art exhibition where you can take in many of the wonderful monuments in this French capital. Even below the ground of Paris the catacombs are an extraordinary sight to behold.

So, keep your eyes peeled while in this fascinating and beautiful city of art because you never know when you’ll come across the next masterpiece.

In our Ayo Paris travel guide you can find the most important things you need to know for your holiday in this wonderfully artistic city. Be sure to bookmark the Ayo Paris web page as your own personal travel guide during your visit. 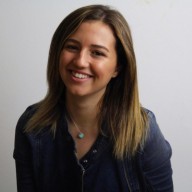